A classic Latin American milk-based caramel sauce. Made with real milk stirred over a pot for 3 hours. Infused with amazing cinnamon.

A simple bowl of ice cream topped with a homemade caramel sauce is always better than one without. Las Paletas now makes a natural homemade Dulce De Leche Ice Cream Sauce. Embellishing your favourite treats and upgrade them with our Caramel Magic Shell. It’s one of the tastiest caramel sauces you will find for your ice cream. The Inspiration comes from our Co-Founder Diana, and her childhood memories in Colombia. Dulce de Leche is enormous there and a staple in every home. We have made following a classic Latin American recipe. Firstly we combine Milk and Sugar. Secondly, and this is where lots of patience comes in. We boil it on the stove for 3 hours while stirring continuously. And for an exotic touch, we have added touch of Cinnamon and Vanilla.

Who would have thought that milk and sugar alone could make such a delicious sauce? There is one more surprise about our Caramel Magic Shell. It goes very well with all our ice cream flavours. Include with your next Ice Cream Pint order or add it to our Gourmet Dairy Lollies.  Our decadent homemade caramel sauce will transform your boring Vanilla Ice Cream into something special. 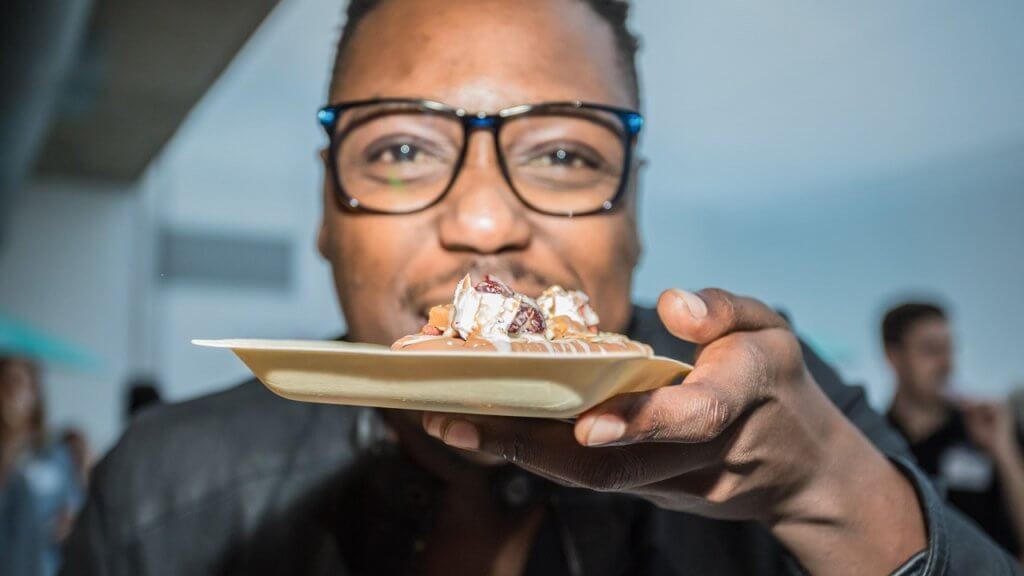 Our Caramel Ice Cap will also keep for a while. Store them in the refrigerator and simply heat in the microwave when ready. After all, nobody has ever given up eating ice cream. Our Dulce De Leche Ice Cream Sauce is prepared in our very own factory. From colour to the texture, everything about our caramel ice cap is 100% natural. It also goes well with all our ice cream flavours. Trust us when we say, Latin America is known for creating fantastic caramel sauce.

So, why should you try our Caramel Magic Shell? Firstly, it’s natural. Secondly, it is seriously tasty. Finally, our co-founder is from Latin America, and she knows how to make it. Some say it’s in her blood.  Without a doubt, caramel goes perfectly with Ice Cream. Drizzle or dip your ice cream until you have created that masterpiece using our Dulce de Leche Magic Shell.

Did you know? That the words Dulce de Leche mean (Sweetened Milk) in Spanish. Take a look at what Wikipedia says. It’s a #CrazyDelicious taste experience.