Perfect for a party, or celebration this box has a variety of scoop ice cream, along with toppings, Dulce de Leche sauce and a variety of homemade magic Shells.

Are you looking for the perfect dessert idea to entertain your guests at the weekend party at your home? Do you love stocking up on ice cream and treat your sweet tooth with the most delectable yet healthy ice creams? If yes, then it is your lucky day as Las Paletas introduces its Ice Cream Scoops Happy Box, which is nothing short of dessert heaven. It contains all your favourite flavours with natural goodness, alongside crunchy toppings and magic shells. Mouthwatering, isn’t it? Now you can host parties and celebrations at your home without worrying about the dessert menu as Las Paletas has got you with their outstanding Boxes range.

What Scoops Happy box brings to your Party?

The Ice Cream Scoops Happy Box is the ultimate game-changer when it comes to hosting parties at your home. It is enough for 15-20 people, and those people are just going to love how thoughtfully you have chosen the dessert. Luckily, for them, the ice creams are 100% natural and delicious, which is going to make them want to come back to your parties again and again. From a variety of ice cream flavours to crunchy toppings to Dulce de Leche sauce and even a variety of homemade magic Shells. Hear what the fantastic Scoops Happy box holds for you and your guests:

Order our Ice Cream Scoops Happy Box for your Party and get ready to become the talk of the town since Las Paletas ice cream is going to make it an absolute hit! 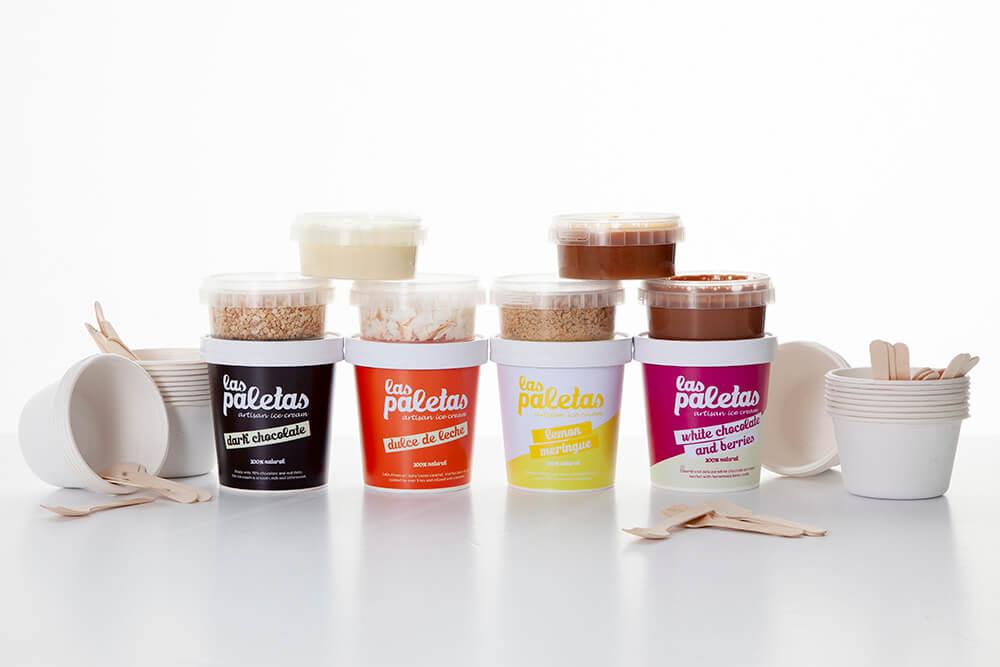 Pure Happiness Minus the Guilt!

Las Paletas exceeds its reputation in bringing you the ultimate fresh and 100% natural ice creams. Natural ingredients are our USP. We source the richest and freshest ingredients from reliable vendors to bring you all-natural goodness. Whether it is fruits, dairy products, or toppings, we bring it all from our trustworthy sources. Besides, we never use any processing methods, artificial colours, and flavours, ensuring your health comes first.

Our fruits are farm fresh, and dairy products come from grass-fed animals that are free from any hormones. Therefore, when you visit Las Paletas, you can rest assured that you are having pure joy and happiness in the form of our scoops minus the guilt.

Order your Scoops Happy Box for your upcoming Party and then relax while your guests sing your praises for you while enjoying our delicious ice creams. You can even book your Scoops happy boxes in advance for any upcoming events and treat your guests with the ultimate natural goodness. You can also order it for your family and stock it up for occasional treats after meals or late-night cravings.

Watch our Co-Founder Diana Chavarro mention why our products are so different.